Department of Applied Computer Science and Modelling is the youngest Department at the faculty of Metals Engineering and Industrial Computer Science. The Department was established In 1997 following evolution during 1990-ies of research activity and teaching in the field of applied computer science. His field is the main area of activities of the Department now.

History of the AGH reaches year 1912, when a group of distinguished engineers under the leadership of Jan Zarański, initiated actions towards establishing higher education school involved in teaching engineers for the mining industry. The decree of the Emperor Franz Joseph I of Austria from May 31, 1913 approved Akademia Górnicza (Academy of Mining) in Kraków. Beginning of the 1st World War prevented launching of the academic year in 1914. After gaining an independence by Poland in 1918 r., the Organizing Committee of the Akademia Górnicza regain the work and on April 8, 1919, the decree of the Council of Ministers established Akademia Górnicza in Kraków. On May 1, 1919 Governor, Marshal  Józef Piłsudski nominated first professors, and on October 20, 1919 in the Aula of the Jagiellonian University the opening of the Akademia Górnicza took place. On June 30, 1949 the Prime Minister changed the name of the school to Akademia Górniczo-Hutnicza (AGH) and his name is used until now. In 1969, during 50th Anniversary, Stanisław Staszic became a patron of the AGH.

Begining of the current Faculty of Metals Engineering and Industrial Computer Science are dated May 21, 1922, when the Senate of the Akademia Górnicza appointed the first Faculty of Metallurgy (Wydział Hutniczy) Council. Metallurgy was then distinguished as a scientific discipline and teaching discipline. Wright after the 2nd Word War Faculty of Metallurgy gathered the whole scientific potential of the University in this discipline. The structure of the Faculty was similar as before the war. In the academic year1951/52 the Polish name of the Faculty was changed – Wydział Metalurgiczny. In 1993 the name was changed again to Metallurgy and Materials Science, and in 2005 the current name Faculty of Metals Engineering and Industrial Computer Science was given.

The history of the Department of Applied Computer Science and Modelling reaches 1970-ies and the department of Metal Forming. At that time Head of that Department professor Wacław Leskiewicz initiated activities towards development of computer applications and optimization in metal forming processes. Two graduates of the Electrical Engineering Faculty were employed,  Maciej Pietrzyk in 1970 Jan Kusiak in 1974. They prepared and PhD theses: M. Pietrzyka the thesis on „Energy balance of the cold rolling process” defended At the Faculty of Metallurgy in 1975, and J. Kusiak the thesis on w Automatic regulation systems with changing structure applied to stabilization of thickness of cold rolled strips defended at the Faculty of Electrical Engineering in 1978.

In late 1980-ies Professor Lucjan Sadok became the Head of the Department of Metal Forming. It was His initiative to create Laboratory of Modelling with M. Pietrzyka as the Head. Didactic Computer Laboratory with  J. Kusiak as the Head was organized, which was the first this type laboratory beyond the University Computer Centre. Our students received an access to the modern computers. In 1993 server SUN, called „Sendzimir”, was installed in the Laboratory. This computer was a gift from the Sendzimir Family.

In 1996 specialization in “Computer Modelling of Metallurgical Processes” is launched for the students in Metallurgy. Following this, on February 28, 1997 AGH Senate opens Department  of Computer Modelling of Metallurgical Processes and Maciej Pietrzyk is appointed the Head of this Department. It was the smallest Department in the Faculty at that time, with the following members: dr hab. Jan Kusiak (Vice Dean of the Faculty in 1996-2002) dr Mirosław Głowacki and Jarosław Nowak as Assistant. Beyond this, Halina Kusiak and dr Krzysztof Wilk were Research Assistants. In 1997 first PhD students came to the Department: Danuta Szyndler – graduate of the Computer Science at the Jagiellonian University, Jolanta Talar – graduate of the Faculty of Management AGH and Tomasz Kondek – graduate of the Faculty of metallurgy and Materials Enginering AGH. 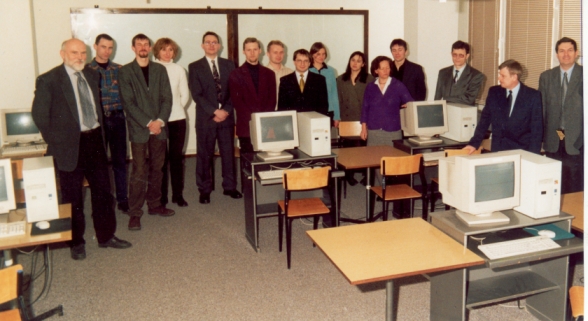 In December 1999 AGH Senate approved change of the name of the specialization from  Computer Modelling of Metallurgical Processes to Computer Science in Technology of Materials. On March 29, 2006, decree of the AGH Senate no 32/2006 has changed the organization structure of the University and following the decree of the Faculty Council on  January 23, 2006, the name of the Department was changed to the Department of Computer Methods and Information Technology (MiTI). At that time the Department had a crucial role in teaching in the field of applied computer science. At the beginning of the XXI century three Faculties, Metallurgy and Materials Engineering, Physics and Nuclear Technology and Geology, Geophysics and Environmental Protection appointed a Committee composed of Vice-Deans: Zbigniew Kąkol (Physics), Jan Kusiak (Metallurgy) and Andrzej Leśniak (Geology). The Committee prepared application for opening at AGH studies in applied computer science. The application was approved be the Main Council for Higher Education and in the academic year 2002/2003 the first students in applied computer science were enrolled at the AGH.

On November 8 2001 Department of Computer Science was established at our Faculty.  Professor Stanisława Kluska-Nawarecka was the first Head of his Department.  Laboratory of   Professor Mirosław Głowacki moved to the New Department. 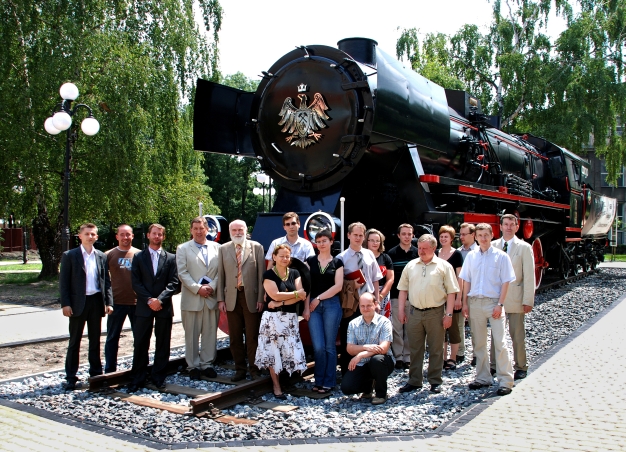